Now Playing in Santa Barbara, CA: Dance Me to the End of Love 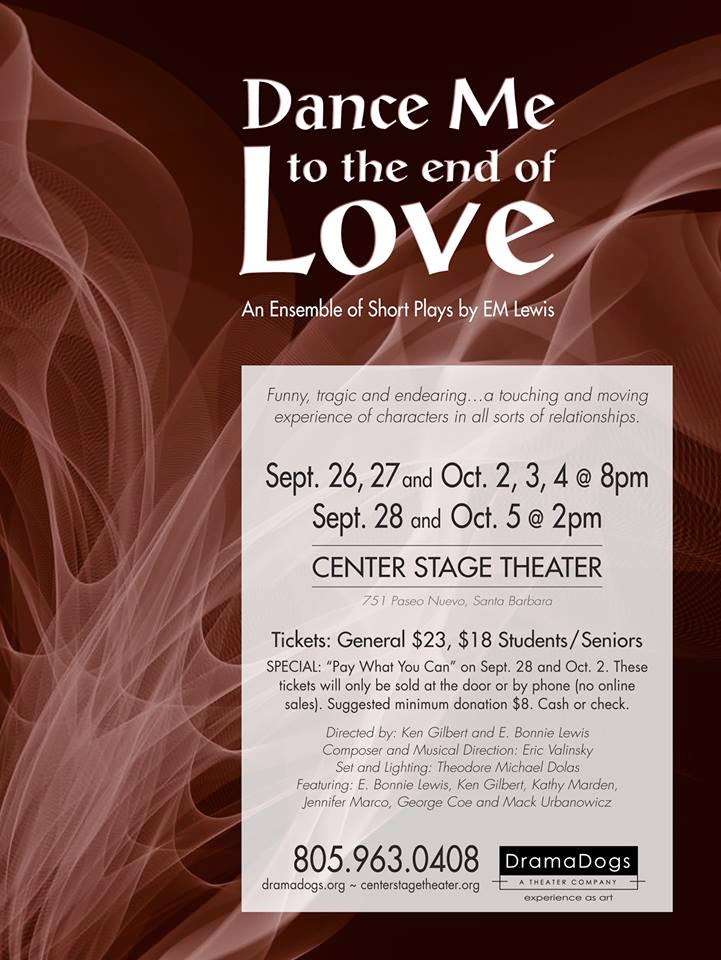 A wonderful theater troupe in Santa Barbara, California is producing an evening of my short plays, entitled Dance Me to the End of Love.

I met Bonnie Lewis and Ken Gilbert a couple years ago, when we were all participating in the first annual PlayFest Santa Barbara.  They were delightful theater-makers!  So I was very pleased when Bonnie called me up and asked if her company, the DramaDogs, could read some of my short plays.  They were looking to put an evening together.  What they've ended up doing is far beyond what I could have imagined!  Not only did they select some of my very favorite short plays…  they have woven them together with live music and tango dancing, taking advantage of their movement-based company's fabulous physicality.  Several of the plays reference one of my favorite singer songwriters -- the inimitable Leonard Cohen -- so after a lot of thought, they ended up titling the evening after one of his songs.

The show runs from September 26 through October 5.  I hope you'll check it out if you're in the area!

For tickets and more information:  www.dramadogs.org

A nice preview on Broadway World:  A Theatrical Mixtape

A nice review in the Santa Barbara Independent:  Short & Sweet!