Coming soon! Ellen and/or her plays in NYC, Edinburgh, Princeton...

What's up next?  Adventures, here and abroad... 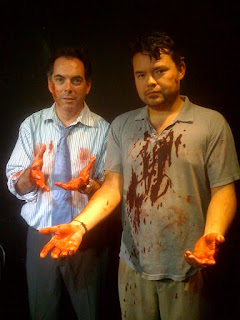 Six nights, forty plays, 180 years of publishing. Be a part of history! Come see new and exciting work from some of the freshest playwrights in the country! From over 880 initial submissions, 40 plays were selected to perform in the festival, from which six will be chosen for representation and published in a collection by Samuel French, Inc. Join us for some exciting summer nights of ground breaking theatre!

In a small interview room, in a large airport, Aviation Safety Investigator Connor attempts to find out what went wrong on Flight 238.

August 2010 -- "Song of Extinction" goes to the Edinburgh Fringe Festival
Bill Korf, of the California Repertory Company at Rio Hondo College, will be producing the U.K.  Premiere of “Song of Extinction” at the Edinburgh Fringe Festival this summer.  Directed by Heidi Helen Davis and featuring award-winning actor Darrell Kunitomi as biology teacher Khim Phan.  Presented at “Venue 13.” Preview August 6th, performances August 7, 8, 9, 10, 11, and 13, all at 7:30 p.m.

September 2010 - May 2011 -- Hodder Fellowship at Princeton University
I am delighted to have been chosen as one of three Hodder Fellows at Princeton University for the 2010-2011 school year. In September, I'll join fiction writer ZZ Packer and poet Cynthia Cruz as each of us spends a year working on independent projects. I'll be attempting to complete a draft of my new full-length play "Magellanica: A New and Accurate Map of the World."

The Hodder Fellowship was created for artists in the early stages of their careers. In keeping with the bequest of Mary MacKall Gwinn Hodder, it is awarded to individuals during that crucial period when they have demonstrated exceptional promise but have not yet received widespread recognition. Typically, Hodder Fellows are poets, playwrights, novelists, creative nonfiction writers and translators who have published one highly acclaimed book and are undertaking significant new work that might not be possible without the “studious leisure” afforded by this fellowship. Hodder Fellows spend an academic year at Princeton pursuing independent projects.