Coming up next: HEADS in Denver! 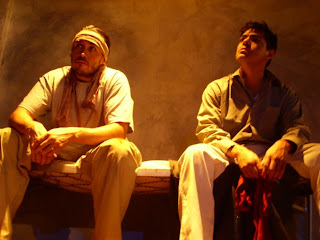 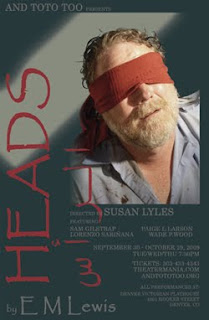 HEADS, my four-character hostage drama, set during the early days of the Iraq War, is being produced by And Toto Too Theater Company in Denver, Colorado. I'm flying in next week to attend opening night, and do a talk-back after the second performance. Looking forward to visiting Denver for the first time!

Check out the promotional video for the production on YouTube!

The Regional Premiere of the Francesca Primus Prize-winning play for 2008. HEADS is the story of a British Embassy worker, an American engineer, a network journalist and a freelance photographer who are being held captive in Iraq; as death draws close, each hostage must decide what he’ll do to survive. 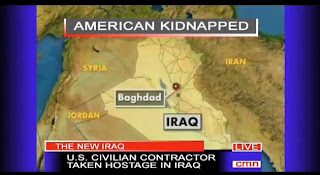 And Toto too Theatre Company is a nonprofit, 501 (c) (3) theatre company whose focus is on promoting women in the arts, with an emphasis on producing plays by women playwrights.

Performances will be held at the Denver Victorian Playhouse at 4201 Hooker Street. The Victorian is an intimate 75-seat space in the basement of an old Victorian home with a rich history of theatrical productions.